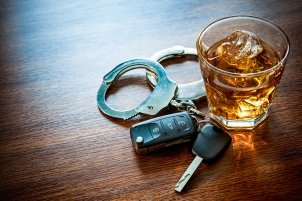 In New York, the legal drinking age is 21 years old. However, there are some exceptions:

If an underage driver is caught drinking and driving, the penalties are stricter than if they were over age 21. One reason for this is that underage drinkers cause a disproportionate number of fatalities that involve alcohol. Only 10% of licensed drivers are under age 21, but 14% of the DUI related fatalities in the state of NY are due to an underage drinker. In order to be driving under the influence in New York, the underage drinker would have to be above the legal limit.

The Blood Alcohol Concentration (BAC) limit for drivers under age 21 is .02%. For drivers 21 and older, the BAC level limit is .08%. If you have been charged for a DWI in New York and you are under age 21, you will need aggressive and experienced legal representation. Obtain representation from the best DUI attorney in Brooklyn to help in your case.

Seek help from a Brooklyn criminal attorney from The Law Offices of Michael Mullen right away.

New York has an implied consent law which requires all drivers to perform a chemical test when arrested for a DWI. The driver can take either a breath, blood or urine test but they have to perform at least one. If they choose to refuse, their license will be suspended for one year and they will have to pay a $500 fine. There are also other charges that can follow an underage DWI charge in New York.

Any other violations that the officer notices during the arrest can add to the penalties and charges. Insurance companies can also take action following an underage DWI. Some companies choose to terminate policies if you are convicted of an underage DWI. Others may just raise the cost of the premium by $100- $200 because you are now a higher risk.

What do you do if your child is charged with a DWI offense?

The first critical matter to resolve is to get defense counsel working with you. The penalties imposed can include jail time, fines as high as $1,000, and the requirement to have an ignition interlock device installed in a vehicle, once the right to operate a vehicle has been restored. Getting a Brooklyn DWI defense lawyer involved early in the case is extremely important. There could be case facts that will allow for a dismissal of charges, a reduced charge, or alternative sentencing. The first step is a full evaluation of the facts in the case. A defense case strategy can be determined and initiated. The need for quality legal counsel cannot be overstated. All legal professionals are aware that the skills and qualifications of a DWI defense lawyer is the most important issue in a DWI case.

In cases in which an accident with injury has occurred, this is a very serious legal problem, and must be addressed carefully and with a great deal of professional skill. The blood testing that identified alcohol in the case must be researched. In some accidents, this testing takes place in the hospital. Alcohol blood testing must be performed in a specific manner, and cannot be on plasma, an extracted part of the blood. If alcohol was applied to the arm when drawing blood, this could also create a problem with the test results.

If you are facing an underage DWI conviction, it is imperative to obtain skilled legal representation. Looking for a criminal lawyer for your DUI case in Brooklyn? The Brooklyn criminal defense lawyers at our firm are familiar with the underage DWI process and may be able to help you!