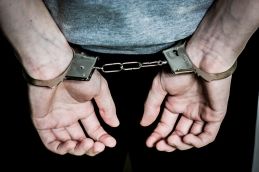 Being convicted of a sex crime or even being accused of a sex crime can negatively affect your reputation in the community and in your career field. It is important to act quickly to move past this accusation and fight against your charges. The sooner you put an end to the case, the better your chances of preserving your reputation. If you are convicted; however, you may have to register as a sex offender. You need the counsel of a skilled sex crime attorney in Brooklyn to help fight against the potential consequences. Contact The Law Offices of Michael Mullen right away if you are facing sex crime charges in New York.

There are a wide range of offenses that are considered to be sex crimes. Indecent exposure is one of the more minor sex crime charges and rape or sexual assault would be examples of more serious offenses.

These are just the main sex crime offenses that we have seen, there are many more that could be included. The penalties for these types of crimes can differ according to the offense, the age of the victim and a previous criminal record.

Depending on the exact offense you could be facing anywhere from a Class B misdemeanor to a Class A felony. If you have questions about a specific offense, our criminal attorney would be happy to discuss your case with you at no cost. If your sex crime offense is charged as a Class B misdemeanor, you could be facing up to 3 months in prison. The prison sentence for a Class A misdemeanor is increased to up to one year. Once you get into the more serious sex crimes, you are at risk of a felony charge.

On top of a prison sentence, you could be facing large fines and restitution along with registration on the sex offender list. Even for a minor sex crime offense, sex crime registration may be ordered. This means that your name, address, picture and sex crime offense will be public knowledge. It is crucial to defend against your charges in an attempt to avoid these penalties.

Unfortunately, false accusation is a common occurrence when it comes to sex crimes. Generally much of the evidence is the testimony of the victim and that can be untrue. One of the common defenses to a sex crime charge is to show motivation of the accuser. In doing so, you can show that the sexual acts were consensual or that the accuser has a reason to lie. For example, they could be getting a financial advantage from the case or they could be looking to gain an advantage in a family law case. Accuser motivation is just one defense that can be made, others include having evidence suppressed or showing that evidence is tainted.

If there were illegal search and seizure acts, you could have that evidence suppressed. Also, if there was a biased interview with a child being used as evidence, we can show that the information in the interview is tainted and cannot be used. You need the help of the best sex crime attorney in Brooklyn to help you defend against your charges.