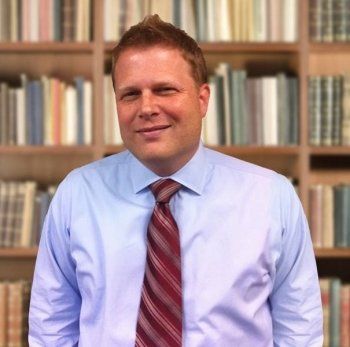 Michael T. Mullen is a former assistant district attorney who has dedicated his practice to defending individuals charged with all types of crimes in both the state courts of New York and U.S. federal courts. He is the firm's founder and is widely recognized as an experienced trial attorney who has successfully handled multiple high-exposure media cases.

He has tried more than 50 cases to verdict with the vast majority resulting in victories. His trial experience has been put to good use at the firm to assist many clients through even the most difficult cases. Prior to his legal career, Michael proudly served as a special assistant to the Honorable Gary L. Akerman, United States Congressman for New York's Fifth Congressional District (Retired).

Attorney Michael Mullen began his legal career as an assistant district attorney in the Nassau County District Attorney's Office in 2002. During his tenure as a prosecutor, he gained valuable insight into how the police investigate and prosecute crimes. He quickly earned a reputation among his peers as a formidable trial attorney and most of his trials resulted in guilty verdicts.

Michael successfully prosecuted hundreds of cases ranging from attempted murder, to robbery, burglary, assault, forgery, and money laundering to driving while intoxicated (DWI). As a prosecutor, he tried multiple DWI cases to verdict ranging from felonies to misdemeanors. He also participated in the training for Standardized Field Sobriety Testing (SFST), which was sponsored by the Nassau County Police Department.

In 2005, Michael stepped down from his position as an assistant district attorney because of his desire to expand his trial and litigation skills. He worked as a trial attorney for a prestigious boutique civil law firm in Manhattan and gained valuable trial experience. He also acquired in-depth knowledge of no-fault laws and regulations by investigating and trying fraud cases on behalf of insurance companies.

In late 2006, he opened The Law Offices of Michael Mullen, where he strives to obtain justice for the criminally accused and protect their freedom at all costs. He currently represents people charged with all types of crimes ranging from DWI, to white collar crimes and murder in the state and federal courts.

Michael Mullen has successfully defended multiple individuals including doctors, chiropractors, physical therapists, acupuncturists, office managers, and "runners" who have been charged with no-fault fraud, Medicare fraud, and / or Medicaid fraud. In addition to the valuable experience he gathered while conducting investigations as an assistant district attorney, he gained further experience in these types of fraud investigations while working as a lead trial attorney for several insurance companies. He understands how these businesses operate as well as how best to defend them against prosecution.

Contact the firm to obtain the legal assistance you need from Attorney Michael T. Mullen!