New York assault charges can be very serious. Penalties for an assault conviction can range from probation to years in jail. If you or someone you care about has been charged with the offense of assault, you should take immediate action to speak with a Brooklyn criminal defense attorney regarding the penalties and the prosecution against you. We have the legal trial experience that is beneficial to helping you battle these charges. We can help you discern the facts of your case and build a defense that will be resilient in court.

If you are facing assault charges in Brooklyn, contact our firm today.

In New York, assault charges are separated according to the specific facts of the incident. A basic assault charge refers to a situation where the defendant caused physical injury to the other party. Higher assault charges carry much more severe penalties because the circumstances of the actual incident are more dangerous to society. 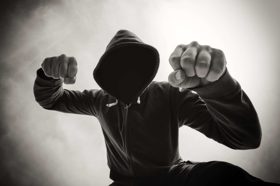 When it comes to first-degree and second-degree assault charges, prosecution must prove that the defendant intended to cause serious physical harm to the victim. When it comes to the lower levels of assault, prosecution is only required to prove that the defendant acted recklessly with a dangerous weapon or was negligent with the use of a dangerous weapon.

Is Spitting Assault in New York?

Spitting on someone is considered a minimum for unwanted contact and is generally considered an assault. It is still considered a reckless act if you intended to spit at someone else but instead spit at another person.

How Much is Bail for Assault in NY?

Misdemeanor assault is considered a Class A Misdemeanor, which can lead up to one year of jail time, placed on probation for three years, and fined up to $1000.

Have you been charged with assault?

Whether you have been charged with a misdemeanor assault or a felony assault, it is important to do what it takes to avoid a conviction. Gang assault is another type of offense in this category and it can be penalized with a minimum sentence of three and a half years in jail. It is separated from other assault crimes in that the action is aided by two or more individuals.

Anyone accused of assault should take the opportunity and obtain a free case evaluation. Seek representation from an experienced Brooklyn assault defense lawyer. At The Law Offices of Michael Mullen, we understand that you are facing a difficult circumstance and will require aggressive legal assistance.